Note: This project has been deprecated. It will not work anymore on newer Android devices because these devices require the permission android.permission.READ_SMS.

Having apps that can do things in the background has been one of the most asked for App Inventor features, see also issue 32.

After going through the different SMS Text tutorials you will realize, that they do not work anymore if the device is sleeping. The Google Voice intergration was a nice feature, see also the Alert Me tutorial, however this works only in the United States and not elsewhere in the world.

As workaround, I therefore put together a Java app

SMS Receiver using parts of the source from here and a small App Inventor test project smstest.apk, which will be started after a SMS has been received.

How does it work?

Each time a SMS is received,

SMS Receiver checks, if the App Inventor app needs to be started depending on the stored settings:

This also still works after rebooting the device. Thank you lisisoft.com for the app icon.

In the example the SMS with the message "Woo Hoo!" has been sent to the device. The phone number and message will be sent to the App Inventor app in the following format: <phone number>|||<message>. You will find that info in the "get plain start text" block. 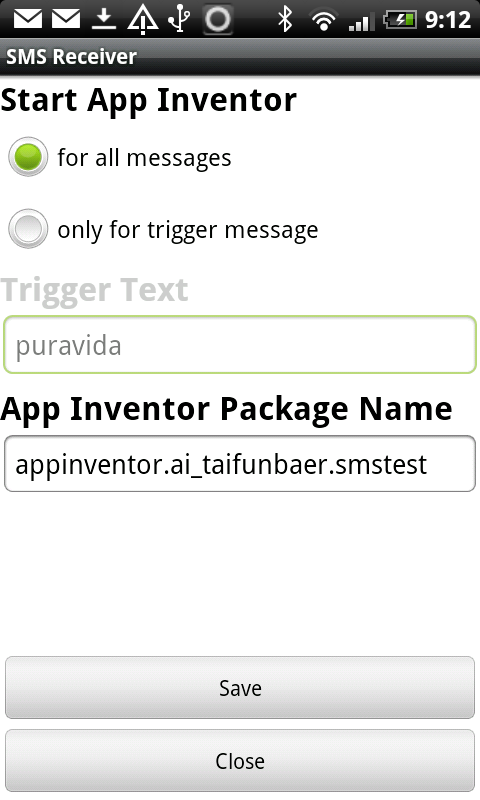 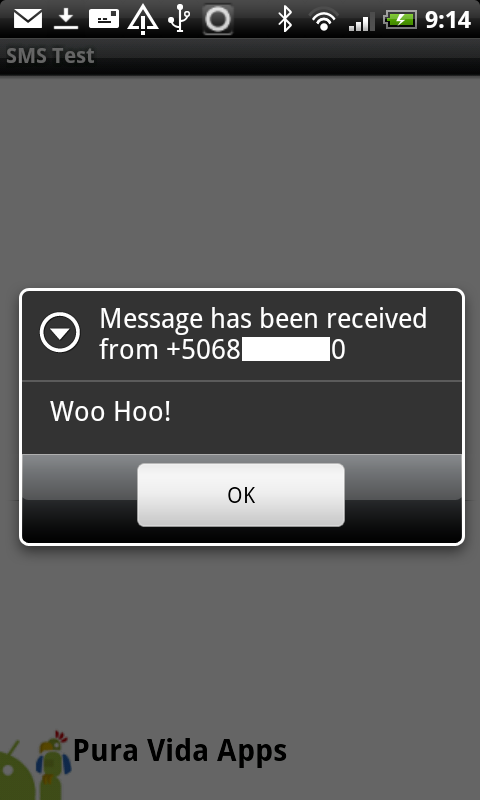 LogCat after a message has been received

In the example the trigger SMS has been sent to the device. Only the phone number will be sent to the App Inventor app in this case. You will find it in the "get plain start text" block. 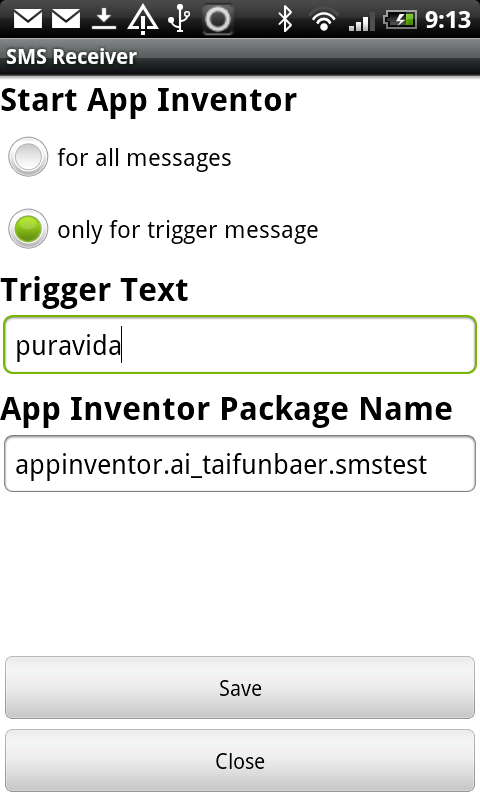 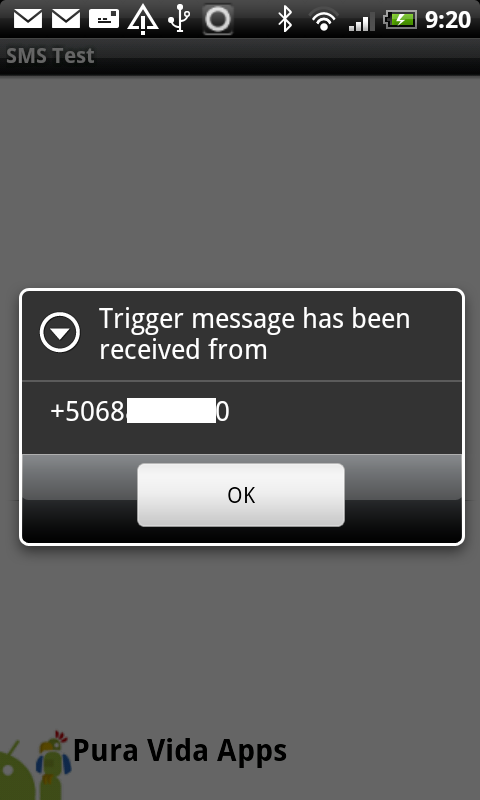 LogCat after the trigger message has been received

LogCat after another message has been received

Q1:Tried to run SMS Receiver on my Sony xperia z as I want to buy the live version to call my sms app - it keeps crashing.
A: Make sure to use the correct package name of your app like this: appinventor.ai_YOURLOGINNAME.YOURPROJECTNAME

You also can find out the package name like this: Download the source code of your App Inventor project to your computer. Using a file explorer or unzip utility, find the file called youngandroidproject/project.properties. The first line will start with "main=". Everything after that is the package and class name.

Q2: I sent trigger text message "puravida" all worked as it should. Then I changed SMSReceiver to "start AppInventor app for all messages" and sent text message - SMS Test opens with blank screen. Is this correct?
A: Make sure to close your app before doing the test. The smstest app should display a notifier after a message has been received, see screenshots above.

Q4: Is it possible to just start the app without the Phone noticing it got a sms? Just start the app in the background when the phone is asleep?
A: No, you default sms app will always receive the sms.


Download and Test with the test version of the

The test version of the

SMS Receiver app will work for a while. After that, a message will be sent to the App Inventor app. You can continue using the test version of the 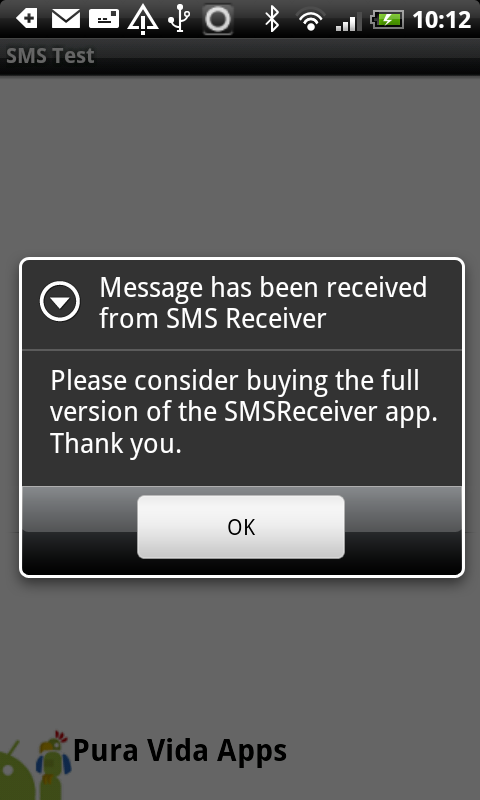